It’s been called the “brain berry” and the influence it wields on the health of our brains has been dubbed the “blueberry-brain connection.” While this may sound like something from a distant future, it’s not science fiction. There is, however, plenty of science involved. It has to do with the mounting evidence that blueberries, particularly wild blueberries, can protect our brain as we age. 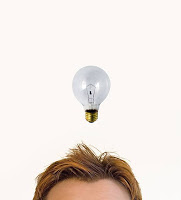 We know cognitive decline is a normal function of aging – and today, 5.4 million Americans are living with severe cognitive impairment in the form of Alzheimer’s disease. The spotlight on brain research is bright, and the work of nutritionists and scientists engaged in research and clinical trials is no small matter: preserving and protecting the brain is central to our well being. While today’s generation, if they are lucky, will boast longevity, it means little if our cognitive skills are compromised and our living experience is colored by poor memory, poor motor skills, and dementia.

The Bar Harbor Group has been a force behind moving research forward when it comes to the impact of a berry-rich diet on disease prevention. This past August, the 15th Annual Wild Blueberry Health Research Summit in Bar Harbor, Maine brought the group together again. Eighteen leading researchers from the US, Canada and England convened to share and discuss current and ongoing blueberry and human health research, and the result was a boon for brain health. Some of the most exciting topics focused on brain health and the promising blueberry-brain connection.

The work of today’s researchers into cognitive health and diet is notable for the participants involved in its studies. First, this year’s Summit members presented ongoing research into the effect of cognitive health and blueberry supplemented diets both in the elderly and in young, healthy subjects. What’s more, while preliminary studies often involve lab animals, many of this year’s studies were clinical trials involving human subjects and real-world human diets. Studies yielding positive results on humans were part of what made 2012 an exciting year for the “brain berry.”

Much of the interest surrounding blueberries is due to their high anthocyanin content. Anthocyanin, found in the deep blue pigments of wild blueberries, is a phytonutrient with potent antioxidant and anti-inflammatory properties. When we caught up with Dr. Barbara Shukitt-Hale from the USDA Human Nutrition Research Center on Aging at Tufts University last year, she told us that “berry fruits change the way neurons in the brain communicate.” She explained that they prevent inflammation in the brain, the key to preventing neuron damage that specifically affects cognitive function. This August in Bar Harbor, Shukitt-Hale discussed a new clinical trial, using middle-aged and older subjects, which involves the effects of a diet supplemented with blueberries on memory and motor function.

Another presentation by Dr. Robert Krikorian of the University of Cincinnati’s Cognitive Aging Program included work on blueberry supplementation and its effect on memory, metabolic function, inflammation and brain function in elderly subjects. Krikorian has previously conducted a fascinating study into diets supplemented with wild blueberry juice. (Hear more about his work with these health heroes.) In this previous work, he found that a diet supplemented with up to 21 ounces of blueberry juice per day improved memory over just a 12 week period. His most recent work takes us further toward understanding blueberry supplementation.

Also presenting at the Summit was Dr. Mary Ann Lila, Director of Plants for Human Health Institute at North Carolina State University. When Wild About Health spoke with Lila in 2010, blueberries were at the heart of exciting new research at the Institute, where she cited the blueberry as a “cohesive force” in uniting teams involved in areas as unrelated as genomics and fruit quality. This year, she shared ongoing research about wild blueberry consumption on cognition by measuring results specifically on adults experiencing cognitive decline.

Other brain-related research at the Summit included England’s University of Reading study into blueberry supplementation and cognitive function in young healthy subjects, and another on the impact of blueberries in children.

In 2012, already more than 100 new studies in a wide range of areas have been published on the blueberry’s potential benefits to human health. We have researchers like the members of the Bar Harbor Group to thank for helping piece together the mysteries of this small, nutrient-dense fruit and its effect on brain performance. The more we know about the advantages of the wild blueberry, the more it should have us thinking – about how to make them a part of our own long, healthy life.

You can also find out about a brain health study called the “Nurses Study” and why it could be important for you.