Is Death a Disease to Be Cured? Anti-Aging Uncovered: Part I 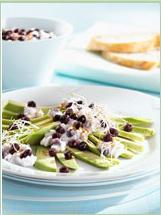 Recently, we read a fun post from the Idaho Statesmen that takes a global look at the Top Antiaging Foods. The “You” docs, the force behind www.RealAge.com, also known as Oprah pals Mehmet Oz and Mike Roizen, the authors of You: On a Diet, are responsible for the list. To make the case for anti-aging and preventing age-related diseases, the Docs take one cautionary step away from anti-aging marketing and one forthright step toward foods that those who live long healthy lives actually eat. From Nova Scotia’s Blueberry Grunt to the wine of France, they celebrate proven healthy eating around the world.

The “You” Docs are right to consider our eating habits from a global as well as a historical perspective. As our lifestyle becomes more and more modern, our food choices evolve and contract too, and tunnel vision sets in. Because foods like berries, nuts, fish, veggies actually work in opposition to the modern lifestyle, our need for these “real” foods has increased, and our consumption of them has dropped.

When it comes to the impact of nutrition on longevity, the claims seem almost magical. That nature is full of powerfully nutritious foods that conspire to offer a fountain of youth seems too good to be true. But what’s even more magical is the idea that some foods and how we eat them can not just prevent aging but reverse the aging process. All the prattle about anti-aging on everything from a bottle of face cream to a cereal bar begs the question: what is anti-aging? Is death itself a disease that can be cured?

Dr. Pratt, Superfoods guru and author of Superfoods Rx – 14 Foods That Will Change Your Life credits longevity to foods like blueberries, avocados, yogurt, tomatoes and wild salmon. He gave an interview to Wild Blueberry Health News this past fall.

“Your body is an amazing repair mechanism given half a chance,” Pratt said, opening the door to the idea that foods can not only slow the aging process but reverse it. “These foods they are very important to us. They lower inflammatory markers. They cause basal dilation, they lower blood pressure.” The very things responsible for the diseases of aging.

You’ve heard it before. People say, understandably, that they don’t want to live “too” long because they would be bed-ridden and feeble-minded. But the very idea of longevity is that we don’t want to just live longer, we want to be healthy, too. Pratt said he has talked to patients for decades that are afraid to get old. “They are afraid to get old because they’re afraid they’ll be blind, deaf, in a wheelchair…all of these things that put people in a nursing home. And berries [and other foods on his list, too] offer a tasty way to avoid all that.”

Wow. Really? Avoid all that?

The Science of Anti-aging

In fact, it’s really not magic, it’s science. One of the most important aspects of “anti-aging” that these foods can deliver is anti-inflammation. 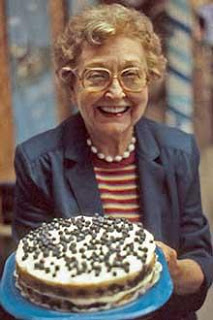 Some foods (like berries) lower inflammatory markers, as Pratt said. They cause basal dilation and lower blood pressure and improve blood flow. They work on the capillary level to keep microcirculation working well, and that affects the heart, the brain and eyes and prevents the diseases of aging that attacks them.

Chronic inflammation at the cellular level is at the heart of many degenerative age-related diseases. For example, when rats with neuronal lesions were fed a blueberry-supplemented diet, not only did they perform better in cognitive tests, the concentration of several substances in the brain that can trigger an inflammatory response was significantly reduced. The polyphenols in blueberries appear to inhibit the production of these inflammatory mediators. Dr. James Joseph, Ph. D., from the USDA Human Nutrition Research Center on Aging has been studying the anti-inflammatory potential of the polyphenols in blueberries, his research is published in Nutritional Neuroscience.

Preventing the disease of aging is an important and nascent issue in the field of nutrition, and research into its implications is exploding. In future posts, we’ll explore more of the science behind longevity, otherwise known as healthy aging, anti-aging, and age-related disease prevention. Behind each term may lurk the key to making our golden years truly worth living.