Metabolic Disorders: Coming to a Store Near You?

A quick visit to Metabolictyping.com will shine a light on a new wave in eating. “The ‘diet debate’ is over,” it asserts, and “The ‘diet wars’ have ended.” Now, it states, the only diet that we should be on is the one that fits our metabolic type.

Has the marketing of metabolic syndrome  and metabolic disorders begun?

In previous posts, we’ve talked about the clusters of factors responsible for a diagnosis of metabolic syndrome. Metabolic syndrome refers to a group of risk factors including high blood pressure, high blood sugar, high cholesterol levels and belly fat that increases risk of heart disease and diabetes. Dangerously high increases in the diagnosis of metabolic syndrome have been attributed to our nation’s growing abdomens and climbing blood pressure, and its increase is expected to parallel a health-threatening rise in type 2 diabetes.

According to consumer trends organization The Lempert Report, metabolic syndrome is poised to be the health fad of the coming year. Quite a distinction! But its fad status could help usher in new thinking about diet and health, in part because it could dictate the brands we see on shelves and the information disseminated by the stores themselves. The publicity that surrounds the syndrome and its satellite diseases seems to have caught the interest of food advertisers who are urging the shift away from old-school “diet”, “low fat” and “low carb” thinking to a modern-day healthy eating craze that incorporates broader solutions: solutions that focus on improving overall health.

Your Grocery Store, Your Health

You may not consider your grocery store as a your primary source for health information. But perhaps it should be. Consumers are demanding more from their local groceries, including better, less expensive options for healthy food and more robust health and nutrition information and guidance. 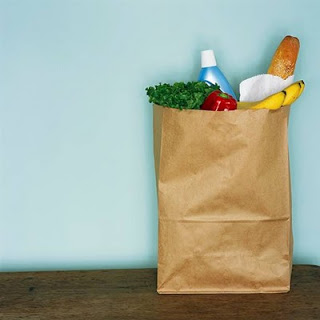 Catalina Marketing, which conducts research about shopper-driven marketing, recently conducted a consumer study that presents some information about our buying habits and behavior when it comes to food purchasing at the grocery store. The results show that the minority of shoppers – only 36% – believe the supermarket helps them manage or reduce their risk of specific health concerns; just 38% felt their stores provided foods and beverages that helped them do it themselves. Still fewer – 25% –  felt that employees were knowledgeable about nutrition. The study also indicated that shoppers wanted fresh, healthy meals – they want healthier options, less expensive foods and more help in planning healthy meals. They are looking toward their grocery for help, and they are finding it lacking.

In fact, supermarkets held their place as the most frequented channel for 56% of shoppers, unchanged from 2009, according to a 2010 Food Marketing Institute Trends report. It’s the first time in five years that  supermarket share has not declined. FMI President and CEO, Leslie G. Sarasin, said the study indicates that shoppers believe the food they eat at home is healthier than the food they eat out.  “It is clear supermarkets are positioned to help their customers save money and help them make healthier choices when it comes to food,” she said.

With grocery stores in an influencing position when it comes to what we eat, should they be responsible for merely stocking the shelves, or should they take a leading role in our health in an effort to fill some of these health holes that we encounter everyday?

Because the grocery stores in our neighborhoods (provided we have an accessible grocery store in our neighborhood) is where we get our food, their role in our eating habits can’t be underestimated. Grocery stores stock the foods that stem from the latest health preoccupations. This new thinking about health and diet presents a new opportunity in advertising that focuses on metabolic syndrome and overall health rather than singular issues.

Some stores have stepped up to take a more prominent role in public health. Some have worked specifically to combat food deserts – those areas where underserved populations have little or no access to fresh, healthy foods. Consider New York’s Green Cart program, the FRESH (Food Retail Expansion to Support Health) program, or Los Angeles’ Alliance for Healthy and Responsible Grocery Stores, all programs working to bring fresh food and produce to those living in food deserts. This past week, Shop N Save announced the launch of a comprehensive, whole-store health and wellness program called “living healthy with my diabetes.” Just in time for a month focusing on diabetes awareness, the program offers education and screening opportunities, and nutrition information focused on tamping down growing diabetes numbers. 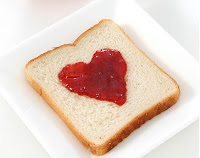 Proactive actions on the part of groceries should continue, urges The Lemport Report. In addition to “packaging the metabolic health story” they urge supermarkets to offer classes on metabolic health, offer workshops with professionals in the area of nutrition, and even provide “aisle-by-aisle metabolic nutrition store tours.”

These efforts could turn your local grocery into a virtual health center where metabolic syndrome and related diseases are in the spotlight.

Postscript: What is Metabolic Typing?

Determining what one’s individual metabolism requires and creating individualized diet guidelines – called metabolic typing – has actually been around for years. It has been promoted to address the health needs of individuals at a fundamental metabolic level. Such diet prescriptions catering to type are purported to balance the many aspects of metabolism, allowing for increased energy, weight loss and disease resistance. It has even been used as an alternative medicine for those diagnosed with cancer. Now, with today’s concerns surrounding metabolic disorders, metabolic typing may be shifting to the mainstream.

Metabolic typing is based on the idea that the same diet can have a drastically different effect on different people. It’s something you many have observed yourself in your own diet: eating certain foods can make your co-worker feel energized while it makes you feel lethargic. Creating a diet of specific foods and food combinations that work best for your type can have a positive effect on metabolism, and that can result in a better health and well-being.

Three metabolic types, originally identified by William Wolcott in his book “The Metabolic Typing Diet” breaks down into three groups. Protein types tends to have strong appetites. They think about food often and crave fatty, salty foods. Eating sugary foods can exacerbate their cravings, and getting food satisfaction is a constant challenge. The Carb type is a generally characterized by having a lighter appetite, and a penchant for salads and veggies. They tend to tolerate skipped meals or fasting well. Mixed Types, not surprisingly, have characteristics of both.

While typing may be back on the radar, generally speaking, dietary guidelines for preventing metabolic disorders and treating those who have metabolic syndrome include combining exercise and weight control with a diet that incorporates moderate levels of carbohydrates, and , usually, increased amounts complex carbs, fiber and healthy fats, type notwithstanding. (You can find out more about the details of Metabolic types and their impact on health at Metabolictyping.com.)

Find out more about Metabolic Syndrome research. Metabolic syndrome may be the syndrome of the year, and prevention is of great interest to researchers and scientists. Research continues into the effect of phytochemicals, specifically those found in blueberries, on metabolic syndrome. You can read more about the work of Mary Ann Lila and the Plant Institute and the importance of the nutritional elements of blueberries on today’s captivating diet phenomenon.