Should We Take Food Protests to the Streets?

Some call for a Wall Street-style takeover when it comes to food. Others say OWS’s anti-corporate sentiment encompasses the food movement already. 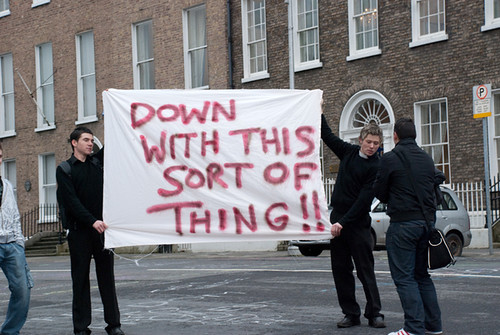 by  didbygraham In a piece called What If Food Activists Get Loud? the Lempert Report asserts that the protesters out to occupy Wall Street should serve as a model for food activists working to improve the climate of food in our country.  Such a call to arms is predicated by the country’s grim health statistics: 75% of the country’s population is obese or overweight, and many are chronically ill with diet-related diseases. Americans are not eating healthy food, and it is killing us. Can grass-roots protests help us get healthy?Protesters on Wall Street have been criticized for not having a clear message, but what is clear is that the “occupation” is being done in protest of the economic imbalance in the country. Those protesting contend that they represent the now infamous 99% of the American people, many of whom are struggling financially, which stands in stark contrast to the 1% that continues to accumulate wealth.

In the same spirit, food movement protesters could descend on restaurants, supermarkets, food industry malls, and members of Congress, carrying signs that read “75%”, representing the widening slice of the pie that is in ill health due to poor diet. Or, they could co-opt the 99% signs, using them to represent unhealthy food itself: a ubiquitous flood of junk food, toxic food, dishonestly packaged food, processed food, and genetically modified food that can seem to edge out the sliver of whole foods, fruits, and vegetables. It would provide a template for the unfortunate fact that junk food makes up a huge part (if not 99%) of the daily American diet. Such signs would publicize the proposal that “bad” foods should be the exception, the oddity, the special treat, or the industry lapse, while healthy food should make up most of what we eat.

What are We (Food) Fighting For?

Would such an assault place appropriate blame or only start a futile food fight? Many blame food prices, availability, and sad capitalistic truths, while recently, others have pronounced these simply myths that we have come to rely upon. Food writer Mark Bittman, in a recent article in the New York Times, attempted to upend the go-to excuse that the poor, a growing part of the consumer pie, eat more potato chips and less broccoli because they are forced to purchase the most calories for their dollar. Bittman claims that junk food is not, in fact, cheaper than cooking real food. While he implicates the consumer for the choices we make, he also calls for “real cultural changes” that will make cooking and eating healthy food normal again, urging a combination self-policing and government policy to “tear down the carnival” of food we find ourselves spinning in.

While some see policy as limiting choices, others argue that it would help create more balanced choice. Self-policing alone will never change the general unhealthiness of how our entire culture eats, says Marion Nestle. According to Nestle, and often-relied-upon authority on food politics and author of Food Politics (the book and the blog), helmet and seatbelt laws serve a parallel purpose. They help us not to make dangerous choices, and food regulation should be no different.

Whether policy or self-policing, most experts agree that we need to change what has become the default way of eating in our culture. Organizing the food movement by creating a Wall Street-style protest could provide a single voice to rampant frustration. What would be the demands? Take your pick: spurring legislators to align with food activities to improve regulations, food safety and toxicity of highly processed foods, food pricing and subsidies, food packaging that misrepresents and misleads, wider availability of healthy food, better education so our children begin to eat well automatically, agricultural practices that promote sustainability, and elimination of corporate control of food supply. A sound bite it isn’t, but most things worth talking about are not.

While the Lempert Report urges action, food activists are not as silent as the piece implies. 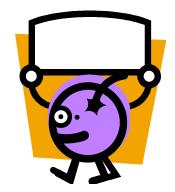 For example, Bittman cites zoning changes and financial incentives that are currently at work to change the food movement version of “99%” and eat away at the 75% food-related illness statistics. During the first two weeks of this month, protesters landed at the White House as part of the Right2Know March to voice their support for labeling of genetically modified food. (GM, once a futuristic oddity in supermarket food is extremely common. Corn, for example 93% genetically engineered.) You can learn more about this debate at the Daily Beast.

Another issue prompting vocal debate currently underway involves the Interagency Working Group, a group of four federal agencies that are attempting to set nutrition standards for foods allowed to be marketed to kids. Hearings taking place match those who argue regulations are mere guidelines that can be ignored by industries with those who call it government intrusion. Read more about the food marketing debate. And there are many more vocal food activists taking up the cause for farmers support, better agricultural practices, stricter corporate regulations, and better calorie labeling, just to name a few, both locally and nationally.

Getting Diet & Health Back in Balance

Upending the corporate control of our food market, says The Huffington Post’s Kristin Wartman, is as fundamental a change as the one that has prompted the today’s Occupy Wall Street protesters to hit the streets. According to her article, The Food Movement Must Occupy Wall Street, Wartman says OWS protests are part and parcel of the concerns in the forefront of the food movement.

Wartman, who points out that American children born in 2000 are the first generation not expected to outlive their parents, names big business as responsible. “The corporate monopolies over the food supply and the government’s role in facilitating corporate control translates into control over the health of the American population,” she said. Tearing down the unbalanced financial status quo could mean a re-balancing of the current food structure could follow.

Whether the resulting policies mean less choice or better choice is one worth arguing. But the picture of the world’s most urgent concerns about food requires an even wider aperture. Food politics should not only put the microscope on unhealthy food when one in seven people in the world will go hungry today, despite a glut of food around us. To the extent that government, pricing, and market speculation is responsible, an anti-corporate message may be the appropriate response.

Whether you are heading to Wall Street, joining your local Main street movement, or you are taking your freedom of choice in-house, you can still be a force for the future when it comes to healthy eating. Here are some ways to let your food flag fly: