The nutrient-rich blueberry has been lauded as an antioxidant powerhouse and true “superfruit”. It consistently tops the lists of nutritionists and scientists alike as one of the healthiest foods for anti-aging and disease prevention. Owed to the high concentrations of nutrients in its deep blue skin, especially in the smaller wild berry, the blueberry’s antioxidant properties contribute to heart, brain and vision health, and serve as a powerful defense against cancer. 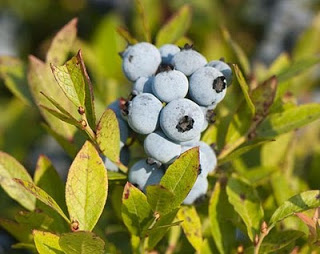 At the Plants for Human Health Institute at North Carolina State University, the blueberry is at the heart of some of the most exciting research involving human health and plant food crops. Director Mary Ann Lila’s dedication to revealing even more of its nutritional mysteries has lead efforts that aim to uncover major scientific discoveries in the fields of health and nutrition. In fact, she considers the blueberry a cohesive force at the Institute.

“Blueberry projects have tied together different teams on the campus that otherwise would not be likely to work together,” said Lila of the unique role blueberries play at the school’s Research Campus. “For example, the blueberry genomics research and the phytochemical characterization research that we are conducting here at the Plants for Human Health Institute, North Carolina State University, links us very closely with researchers at University of North Carolina – Charlotte (the bioinformatics and transcriptomics researchers), with NC A&T University (the postharvest quality researchers) and with UNC-Chapel Hill’s Nutrition Research Institute (the epigenetics and human cognitive research).”

The ambitious project Lila refers to involves mapping the blueberry’s genome. Collaborations with researchers around the state offer significant support of resources and technology when it comes to such large scale projects. Ultimately, one of the goals of PHHI is the development of mainstream fruit and vegetable produce with enhanced health benefits. As part of this mission, researchers are engaged in identifying the blueberry’s genetic code in an effort to ultimately enhance breeding lines. It’s one of the most exciting studies the institute is engaged in, said Lila. 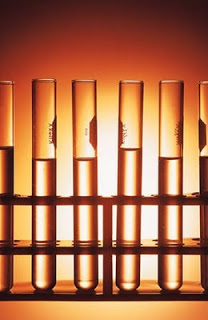 In addition, blueberry-themed research has contributed to the strong relationship with The David H. Murdock Research Institute, a non-profit institute designed to support research at the North Carolina Research Campus. And, it has been the catalyst for a new USDA program on blueberry health benefits and individualized nutrition. Lila credits research involving blueberries for stimulating staff expansions and for the decision to embed USDA researchers on the campus to work on integration of blueberry research at the plant, animal, and human clinical levels – a program that looks at responders and non-responders to different classes of phytochemicals. “Getting blueberries in there at the ground floor level has helped to spur momentum for research at the institute,” Lila said. “It is exciting. It dovetails and synergizes with what we are already doing and makes us a tour de force for blueberry research worldwide.”

A recently publicized area of interest at the institute has been research concerning metabolic syndrome, a combination of medical disorders responsible for increased risk for cardiovascular disease and diabetes. Working with wild blueberry fruit compounds known as anthocyanins, Lila led a team of researchers that demonstrated that blueberry phytochemicals helped alleviate hyperglycemia in rodent models, a condition associated with and metabolic syndrome, and also diabetes. (You can read more about this research in Phytomedicine, 2009 May; 16(5): 406-15.)

This past summer, Lila and her team presented exciting new research as part of the Wild Blueberry Research Summit in Bar Harbor, Maine. The Summit is an annual meeting of leading researchers and scientists that gather to share their research findings and to explore opportunities for future collaboration. The presentation concerned ongoing in-vitro studies into the connection between blueberry components and Parkinson’s. Parkinson’s is an incurable disease involving neuron loss, and Lila said the research concerns protection against such neurodegeneration. “The best defense for Parkinson’s is prevention, and the research is showing how in particular the anthocyanin pigments are protective against neuronal death.”

Poised for growth and alive with the potential to drive wide-ranging changes in how we eat and think about food, the PHHI is the perfect place for a blueberry to be. With major projects underway involving farmer’s markets, greenhouses, state-of-the-art labs, genome mapping and dedicated scholars with a passion for plant food crops, the bottom line is that if you are keeping your eye on health, you’d be wise to keep the work of PHHI and Dr. Mary Ann Lila in view.