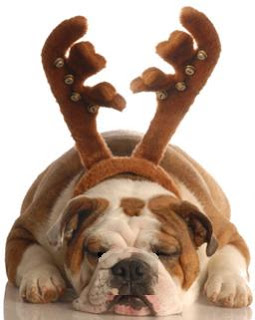 Whatever Camp You’re In, this Meat has Legs as the New Healthy “It” Food

It’s the season when many people take to the woods to get their deer. Deer meat, or venison, is for some a beloved part of meals that sustain them through the winter. For others, the flavor (or source) is not to their taste.

But if you aren’t sure about venison, there are some convincing reasons to jump aboard the bandwagon. No need to don your flame orange: some evidence suggests hunters and non-hunters alike are embracing venison as part of seeking out natural, chemical-free proteins. For meat-eaters, venison could have legs as a trendy new health food. In fact, Chef Brad Farmerie of the popular New York restaurant Public declared it in the New York News as the new “it” food. He grills, sears, and smokes ten thousand portions a year, he said.

On the fence about venison?  Consider some of this meat’s advantages.

It’s no wonder venison is a favored red meat for health. In addition to being low in fat and cholesterol (it has just a fraction of the fat found in beef), it has the added benefit of being wild. That means that unlike farm-produced animals, deer from the wild are resistant to disease and not subject to antibiotics or steroids, making the meat an attractive alternative to commercially-raised beef.

Another reason for ordering up venison is for its high amounts of iron, zinc and vitamin B12, which is helpful for a healthy heart, among other benefits. It also has fewer calories and fat than chicken, a popular protein for healthy eaters, and a higher concentration of nutrients, making it an excellent meat choice. (Whole Foods provides the whole health breakdown of venison.)

It’s common to hear those who don’t care for venison declare its taste strong or gamey. It’s true that in comparison to beef the taste is quite different, but that’s because it has a taste all its own. Downeast Magazine describes venison as having “a wonderful woody, almost fruity flavor that is truly fantastic.” The trick is not to taste-test against other more common proteins, but to give venison’s unique flavor characteristics a chance independently. And, if you purchase farm-raised venison – you can do so through a local farm, through the mail, or at a local Whole Foods, for instance – it will taste much milder than wild.

A Healthy Protein for Cooking

For purposes of preparation, venison is often best kept simple to capitalize on its flavor. Try it by itself with a little olive oil and sea salt, for example. You can also grind it for use as burgers, in lasagna, or in chili. Because it is very lean, some cooks even add a little beef to ground recipes just to replace a bit of the fat. It’s also great on the grill, with marinade (it doesn’t require much), or as skewers for a tasty, healthy combo with some favorite veggies.

There are a variety of delicious, low-fat, high-nutrient meals that put venison to good use. For example, Emeril Lagasse has Venison Stew and Tex-Mex Venison Chili. Epicurious offers Roasted Venison, and Whole Foods has plenty of venison serving ideas – you can also find their recipe for easy venison jerky.

It’s always open season on health, and the flavor of nutritious wild blueberries and proteins are perfection on a plate. The sweet, tangy complex flavor of the berry creates a fabulous flavor profile when matched with fish, beef, or chicken. But with venison, the match is truly heavenly. The unique robust flavor of the meat works perfectly against wild blues. Try this recipe for Venison Medallions with Sauteed Apple Slices and Wild Blueberry Sauce to see for yourself. It’s an ideal fall pairing for a would-be venison convert!