In a month crowded with mixed eating messages, a new campaign is turning up the volume on the message of real food.

In response to “National Snack Food Month”, 20ate suggests—that is they urge—OK, they implore you to take a side the in battle of voices promoting unhealthy, processed edibles vs. those promoting real, unprocessed food – and support alternatives to the fattening, nutritionally empty cheese puff and its unhealthy cousins during the month of February. 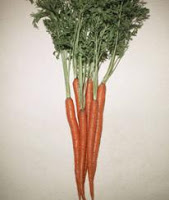 The baffling thing about the promotion of the dubious “National Snack Food Month” which 20ate outs as being backed by snack food giants, is that it comes on the heels of a desperately important message from the government that The New York Times calls the “bluntest nutritional advice to date”.

These new government recommendations include drinking water instead of soda, filling up on fruits and vegetables, and cutting salt to 1,500 milligrams per day. The goal was to make advice to the public unambiguous and eliminate the possibility that recommending eating more veggies meant putting toppings on pizzas and burgers.

Noshing on extra helpings of cheesy, salty, or spicy balls, strips, or squares is not part of the recommendation, and that ironic timing of celebrating snacks in a nation facing dangerous obesity and health data is part of what kicked off 20ate, an effort of Kitchen Gardeners International that recommends “doodle detox” instead of heeding powerful pro-snack messages. KGI, a nonprofit group of gardeners and gastronomes, is devoted to the cause of global kitchen gardening and feeding people healthy food from a healthy planet – a message clearly missing from a month seemingly devoted to promoting the eating of snack food.

You can join the effort to fete fruit, not fakes at 20ate.

Got what it takes to be a Kitchen Gardener? Recent posts from KGI include a recipe for Steamed Snow Pea Greens with Ginger and Garlic, a blog post about School Gardens, and a one about filching crab apples in Portland Maine (for a good cause – cider!).