No matter if you are a serious athlete, or are just beginning to exercise, chances are you are looking for a way to achieve a better workout. Adding the tiny, potent Wild Blueberry with its delicious taste and twice the antioxidant power of regular, cultivated blueberries to any training regimen can benefit athletes of all fitness levels – from weekend warrior to elite athlete.
In fact, researchers in North Carolina have discovered that combining blueberries with exercise offers two potential health benefits — the ability for the body to burn fat longer after exercise – what we all hope to achieve with exercise – and improved absorption of inflammation-reducing antioxidant compounds called polyphenols.
“Elite athletes, like those who participated in the study, are not the only ones who may benefit from the combination of blueberries and exercise. This is good news for weekend warriors too,” said Dr. Mary Ann Lila who co-led the study and is a regular contributor to the annual Wild Blueberry Bar Harbor Health Research Summit.
She continued: “the findings in this study are encouraging for everyone. They are another demonstration of the potential benefits of consuming blueberries before and after exercise.” 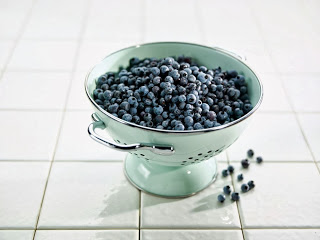 Researchers know that Wild Blueberries have high concentrations of polyphenols, which are naturally occurring compounds that work in the body to reduce inflammation and oxidative stress. Increasing the body’s ability to absorb polyphenols means the body can better fight inflammation and oxidative stress.
The study examined long-distance runners who were given a soy protein complex containing polyphenols from blueberries and green tea for two weeks, followed by three days of running 2.5 hours per day. This group of runners showed higher rates of absorption of beneficial polyphenols, and their metabolism rate remained elevated longer after exercise compared with runners who were given only the soy protein complex.
The study also found an increase in the body’s ability to burn fat after exercise. Metabolic afterburn — the spike in metabolism that occurs after exercise — lasted longer in the group that ingested the blueberry/green tea complex. This increased fat burning ability lasted 14 hours after exercise ended.
Dr. Lila noted: “The test group burned fat while they slept – a terrific message.” 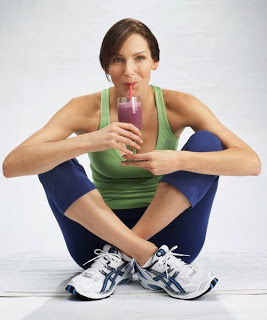 The study was published in PLOS ONE, a peer-reviewed journal in August.