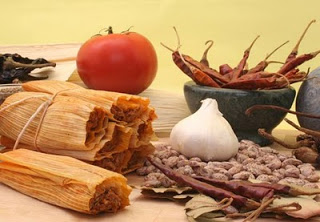 According to the results of a study from the Archives of Internal Medicine, eating just 2.4 ounces of nuts of any kind was associated with declines of 7.4 percent in bad cholesterol and about 5.1 percent in total cholesterol. Nuts, according to Dr. Joan Sabaté, a professor of nutrition at the School of Public Health at Loma Linda University in California, are major players in the world of HDLs and LDLs. “Nuts are the richest source of protein in the plant kingdom, and they also contain fiber and phytosterols, which compete with cholesterol to be absorbed,” she said in an article about the study in the New York Times. “All these nutrients have been demonstrated to lower cholesterol.”

If you’re in a daily battle with your bad cholesterol, this is good news that could have you thinking like a squirrel. But this latest in nuts news is working a couple of different angles of health and nutrition. What’s interesting about Dr. Sabaté’s assessment is her use of the phrase “all these nutrients”. Nature’s way of “packaging” nutrients has prompted great interest in food combinations and something widely referred to as food synergy. Some combinations of food can result in an even bigger benefit simply because of their synergy. Nuts seem to have that – both as a food and as a pairing. 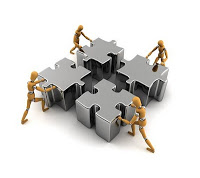 Food synergy occurs when components within the same food, or components between different foods, work together in a way that is more powerful than their effects would be separately. Food combinations for heightened nutritional value are piquing the interest of researchers and nutritionists because of their impact on disease prevention, heart disease, cancer, chronic diseases, and even weight loss. Elaine Magee, author of Food Synergy and WebMD contributor, has posited that food synergy can be harnessed to fight major diseases such as heart disease, stroke, cancer and diabetes.

Other synergistic enthusiasts, of course, combine purely for taste. But taste can unwittingly be a factor in health. Food combos based on what we might consider tradition may actually stem from the nutritional effects they provide. That is, our instincts may be leading us toward a yen for salt with chocolate. For example, the vinegar in sushi rice can reduce the glycemic index by up to 35%, limiting the rice’s effect upon blood sugar. Similarly, the oil in salad might make it possible for the body to absorb all the dish’s antioxidants. Our need to be healthy may be urging our palate to gravitate toward these extraordinary food combinations.

Thanks to research into food synergy over the last five years, more and more evidence suggests that the components in the foods we consume interact with each other to give our bodies extra disease protection and a higher level of health. Recent studies focused on risks of chronic diseases and whole grains have suggested that chronic disease may be reduced if whole-grain foods are consumed in a diet otherwise high in plant foods. Another powerful pair? Cooked tomatoes with olive oil. Absorption of two key carotenoids in the skin of the tomato is much greater when the tomatoes are cooked and when eaten with “smart” fat, making olive oil their perfect pairing.

While food combinations can be powerful, components also work together within a single food, confirming that the power is truly nature-created. As a result, these natural mysteries of synergy make it difficult to replicate in supplements that contain only the component. (We’ve written previously about this supplement challenge.) For example, cruciferous vegetables, according to Magee, a category of vegetables that includes cabbage and broccoli, contain two phytochemicals that were more active when combined, according to research that tested the compounds in rats. These vegetables, with their powerful combination of components, protected the rats more effectively from liver cancer. Also, almonds, cashews, and walnuts, according to the Archives of Internal Medicine nuts study discussed above, contain two forms of vitamin E and tend to work best together: alpha- and gamma-tocopherol.

Such good news about nuts along the amazing things we know about wild blueberries might make you think these two nutritionally potent foods would be better together. You’re right. Superfood expert Dr. Steven Pratt has touted the immense synergy between blueberries and walnuts for brain health. Dr. Pratt says, “There is synergy between blueberries and almost every other food. If you have blueberries plus walnuts for brain health, that’s better than just walnuts by itself. It’s not 1 plus 1 is 2, its 1 plus 1 is 3.” That’s the mystery of synergy at work.

Here is a collection of some fantastic combinations suggested by a selection of synergy experts that have the potential to enhance health and prevent disease – and liven up a plate.

So go ahead – give synergy a try! Whether you are seeking disease prevention or optimum nutrition, or you’re just bored with the regular old meat and potatoes, seek out powerfully nutritious food “packages” and find out what combinations are best for your health goals and your taste buds. While you’re at it, go ahead and thank Mother Nature for giving us a taste for what’s healthy!