< Back to Blog
Research

Harvest on the Harbor, the annual food and wine event that takes place right smack on the harbor in Portland, Maine, is putting the farm-to-table movement in the spotlight by searching out the best farm-to-table chef in this fall’s aptly named “Top of the Crop” competition.

An extraordinary crop of local chefs have been chosen for their best practices in adopting the farm-to-table concept, and they’ll put their talents on the line for a panel of judges that will make the call of who best represents the farm-to-table movement.

The Top of the Crop competition will sound familiar to any cooking show aficionado: chefs on the chopping block will use fresh, organic ingredients and will be required to use one predetermined ingredient, just to make it interesting. The final three competitors will be chosen by the judges from a list of fourteen, and a fourth will be chosen through a “people’s choice” competition being conducted online. (Voting opened August 19 and will close September 12 – get involved by voting for your favorite.)

Top of the Crop is a perfect culinary show-down in a state that always gets a mention when the farm-to-table movement is part of the conversation. Farm-to-table, now recognized as a true movement in the world of chefs and home cooks, gets local food providers and small farmers involved in the process of creating food and delivering it to consumers. The movement is meant to support the sustainable, local food community, and farm-to-table chefs use seasonal, local food as much as possible at their restaurants. 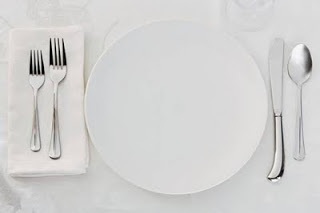 Delivering locally-sourced meals means connecting people to what they eat and to the people who grow what they eat, in addition to supporting local communities, and, very often, health. Local food is fresh, making it nutrient-rich, and it is chosen on the basis of being free of harmful chemicals. And, this food movement is about more than just fruits and vegetables. Locally, naturally raised cattle, lamb, pig and chicken, artisan cheese, bread, and other foods such as mushrooms and eggs, all collude to make farm-to-table meals.

Farm-to-table eating has become a recent trend, but it’s Alice Waters who is credited as an originator with Chez Panisse, her farm-to-table business in California. Since then, the number of farm-to-table restaurants has grown, and today, restaurateurs pride themselves on their ability to offer consumers food from a kitchen with farm-to-table ideals. Now, many establishments offer entire meals sourced locally including making bread in-house, and freshly picking vegetables daily – even the mayonnaise that goes on the sandwiches can be made in-house with local ingredients.

In Maine, the movement is growing, thanks to the opportunities the state offers: great seafood, naturally raised meats, small farms that offer poultry, cheeses, eggs and produce, and plenty of indigenous offerings like wild blueberries. The movement received a push from early adopters such as local James Beard Award winners Mark Gairer and Clark Frasier from Arrows Restaurant in Ogunquit – the two will host the Top of the Crop event – and the number of restaurants committed to using locally-sourced foods has grown.

While some restaurants use local foods exclusively and even have their own gardens, many put local fish meat and produce straight from area fisherman and farmers on the menu as often as they deem possible. Cinque Terre in Portland, for example, has received national attention as a Maine restaurant known for its farm-to-table practices. The restaurant’s own garden supplies it, and 80% of its ingredients are grown on-premises. (They even make their own cheese and smoke meats.) 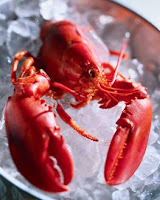 For those who love competitive cooking, Harvest on the Harbor will also host the Lobster Chef of the Year Competition where chefs show off the ultimate in lobster creativity. Attendees can also enjoy events such as The Ultimate Seafood Splash! where Maine’s top chefs and fishermen prepare seafood from coastal Maine. On top of it all, attendees take part in tastings and sample a profusion of locally grown foods, food artisans, wines and brews, and Maine-made products – it’s truly a foodie wonderland.