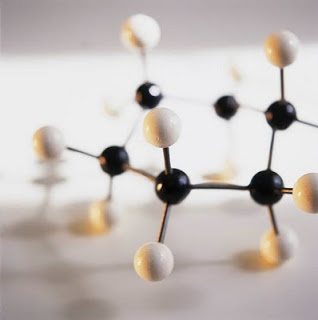 Just twenty years ago we would have been hard pressed to find information about the little substance called the polyphenol, even in the most arcane scientific literature. Now, thanks to chemical research and nutritional science, polyphenols are turning up everywhere. What accounts for polyphenols going mainstream? Many things. But one interesting thing is your skin.

Sunscreen for Your Insides

“We know that a third of skin-related nutrition relates to polyphenols,” Superfood doc Steven Pratt told the Wild Blueberry Health News last fall. “If you want to have healthy skin, you better eat blueberries. They play a bigger role in keeping skin wrinkle-free than any other food group.”

Dr. Pratt was referring to research that indicates that polyphenols play a major role in keeping the skin healthy. While piling on the sunscreen has been de rigueur since people began to understand the dangers of sun exposure, both for good health and for wrinkle prevention, Dr. Pratt suggests putting sunscreen on from inside out, with polyphenols. Polyphenols, found in foods like berries, appear to inhibit the production of inflammatory mediators, protecting the skin from wrinkles and from the signs of aging.

What’s the connection? Chronic inflammation at the cellular level is at the heart of many degenerative age-related diseases. In studies of rats fed polyphenols-rich blueberries, the concentration of several substances in the brain that can trigger an inflammatory response was significantly reduced. Polyphenols appeared to inhibit the production of these inflammatory mediators. That’s important for many health-related reasons, including maintaining healthy, youthful skin. You can read the research here.


Put Polyphenols in Your Life

In addition to serving as an internal sunscreen, polyphenols, because of their antioxidant properties, may reduce the risk of cardiovascular disease and cancer. In fact, polyphenols as regulators of carbon cycling have even been of interest to researchers for how they might affect global warming.

Berries are one of the major players in the role of polyphenols, hence Dr. Pratt’s reference to blueberries as a great source. High levels of polyphenols can generally be found in fruit skins, which is why the deep blue skin of blueberries, and the high skin-to-pulp ratio of wild blueberries in particular, puts this fruit at the top of the list. Other sources of polyphenols include tea, grapes, chocolate, and many fruits and vegetables.

The idea that we can protect our skin from within as well as from without should be considered groundbreaking for a society preoccupied with youth (Hands, please!). Health always works from the inside out, after all. Now that summer’s around the corner, you can pack in the polyphenols when you think of slapping on the sunscreen, knowing you are doing something truly beneficial for your skin.