Part One: Tapping Our Global Resources

There is something exciting going on in North Carolina.

The North Carolina State University Plants for Human Health Institute wants to change the way America views the foods that come from plants. 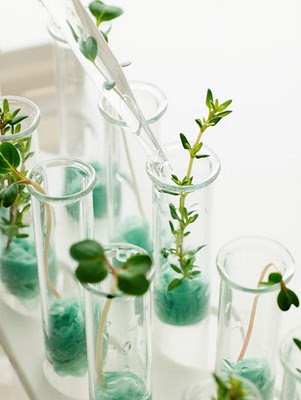 In a remarkable effort of research and outreach, PHHI is working to shift the American consumer’s view of plant food crops from something that fills us with flavorful calories to a powerful source for protecting and enhancing our health.

This difference, which preoccupies the Institute, is in understanding that these foods crops provide phytochemicals, not just nutrients. (If you recall your Phytochemicals 101, you know that they are the nutrient-rich components that provide fruits like blueberries and carrots with their color and act as agents of protection. They are nature’s “anti” shield that works against inflammation and free radicals.) This unique effort consists of multi-disciplinary research and groundbreaking work in areas such as genomics and plant biochemistry. It is an effort that aims to bring plants with enhanced nutritional properties into plain view to all consumers and make underappreciated crops available to the public.

Such a mission may seem herculean, considering the hurdles faced by the modern consumer. Dr. Mary Ann Lila is the Director of the Plants for Human Health Institute, and she was recently named the first David H. Murdock Distinguished Professor at the school. According to Lila, the ability of certain foods to promote health and inhibit disease has caught on in recent years, and while awareness has increased, the work of PHHI helps consumers sort through the nutritional madness.

Lila acknowledges that blueberry-themed research has been a force for linking different areas of the campus together at the college. As a scientist, she gives a nod to the Wild Blueberry Association as an organization she particular appreciates for valuing science and making strong efforts to adhere to the truth. However, she recognizes that it isn’t something that can be relied upon in the industry. “The general public is a bit overwhelmed with all of the ‘exotic’ and unusual new introductions in the superfruit category in particular and the sometimes overstated health claims that are used in marketing sometimes without scientific validation,” she said.

As an antidote, Lila advocates a new kind of food knowledge for the American consumer. “Research and subsequent publicity substantiating health benefits, and providing succinct, clear advice on how to capitalize on these health benefits leads to increased consumer savvy and awareness,” she said.

We have discussed in this blog the use of foods as a pharmaceuticals and as a way to prevent disease. But Lila’s view about foods is slightly different. While she agrees that functional foods contribute to health benefits on multiple fronts, including cardiovascular health or strength and endurance, she does not consider foods as targeted to a specific mode of action like a pharmaceutical. Rather, they are best used as general preventative treatments that bolster overall immunity and enhance metabolism. In her work at the Institute, she is unearthing the potential of foods around the world that strike this two-fold nutritional gold.

Many of the students that come to work at the North Carolina State University lab do so because they are interested in this unique opportunity – one that combines outreach, agriculture, and an understanding of the different communities on the globe. “They crave the international outreach and chance to work with cultures on food knowledge that has not been well researched in the western world,” said Lila. That’s certainly what they find at PHHI.

Studying locally valued food crops has taken Lila and her colleagues to many far-reaching parts of the world. In an effort to identify plants that hold promise for human health, she has engaged in work with traditional healers in developing nations and with Native Americans who are bridging the gap of modern technology with traditional medicine. She has also studied food crops that are virtually unknown outside of the region can have major implications for health. “Some leafy green vegetables in Uzbekistan and other parts of Central Asia have ten-fold the levels of phytoecdysteroids (metabolism-enhancing adaptogenic compounds) than commercially-available spinach,” said Lila. 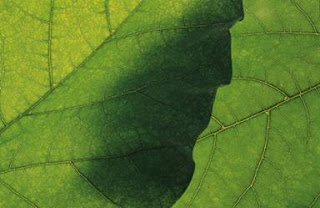 Next – Promising Research for a Favorite Berry

The work at PHHI has only just begun. The Institute’s faculty will double this year, clinic trials are on the rise, and in an exciting move, the USDA will embed researchers on the campus to collaborate on work in blueberry research.

“Getting blueberries in there at the ground floor level has helped to spur momentum for research,” Lila said. “It dovetails and synergizes with what we are already doing, and makes us a tour de force for blueberry research worldwide.”  She refers to blueberries the “cohesive force” of the Plants for Human Health Institute.

Recently, Lila and her colleagues presented research at the Bar Harbor Group involving Parkinson’s and other neurodegeneration studies. In Part II of our discussion, we’ll examine the fascinating potential of this work and other promising research at the PHHI.