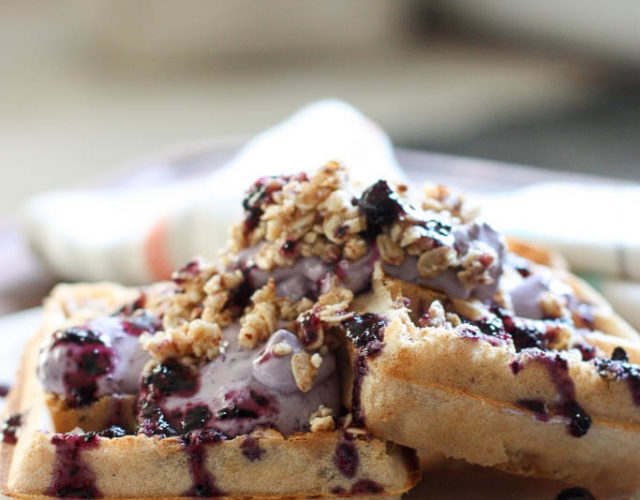 Heat Belgian waffle iron; grease if necessary. In a medium sized bowl, whisk together flour, sugar, baking powder, and salt. In another mixing bowl, whisk the milk, oil, egg, and vanilla until well combined. Pour the egg mixture into the flour mixture and stir with a spatula until just combined. Don’t over-mix the batter, it will be lumpy. When ready, pour batter into the waffle iron and cook waffles until they are golden brown, about 3 minutes. Remove from waffle maker and place on plate, but don’t cover (this could make the waffles soggy). Continue making waffles with remaining batter.

Blend 1/4 cup of almonds in your blender until they are crushed and resemble large sand granules. Remove them from the blender and set aside in a small bowl. To the small bowl of crushed almonds, add the oats, cinnamon, dash of sea salt and brown sugar, then add the coconut oil and mix with your fingers until it resembles a crumb topping. 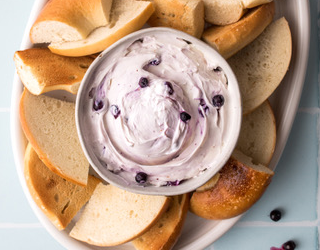 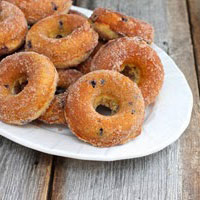 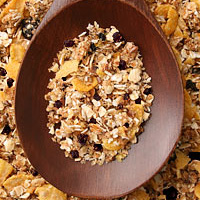