High fructose corn syrup has been on a roller coaster ride over the last few years, and the fun isn’t over. Its ups are marked by big agriculture subsidies, and a starring role in everything from wheat crackers to cranberry juice. Today, the obesity epidemic has changed the way we perceive this mercurial ingredient, resulting in a precipitous down. Foods in restaurants and store shelves are shunning it – wheat crackers and cranberry juice included. Has this ingredient been rightfully snubbed? Why do we love it? And will changing its name and the public’s perception help us or hurt us?

It’s no surprise that high fructose corn syrup is made from corn. Kernels of corn are soaked to extract their starch, and enzymes are used to turn the glucose in the starch into fructose. The result is an ingredient that is part fructose and part glucose, where the fructose portion can range from 42% to 90% depending on the application. It differs from the white crystals that we know as table sugar, which comes from either sugar cane or sugar beets, and is pure glucose. 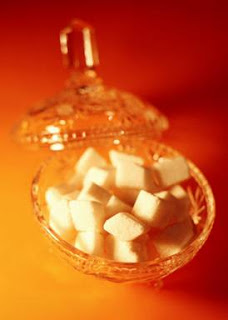 Food producers fell instantly in love with HFCS, and as a result, it is used as a sweetener in many foods. Part of its appeal is that it’s cheaper (the corn crop in the U.S. is heavily subsidized). It’s also perfect for processed foods – it extends shelf life, retains moisture, and doesn’t mask flavors. Looking for HFCS? Look no further than most any grocery store shelf. It’s in fruit drinks, sodas, crackers, breads…the list of processed foods that have HFCS is long, which means it’s a major source for calories in the American diet.

The Allure of Sweet

We love sweet food. While the salt-sugar-fat combos can send our taste buds and brains into heavenly overload, it doesn’t take a food engineer to create new ways for us to reach sweet nirvana (although it helps). We have simply evolved to love sweet, sugary food, no tampering required.

Foods that are sweet provide energy, and they release endorphins in the brain. And, natural sugars, like those our ancestors would have eaten, contain necessary nutrients. But those we consume today often have had their nutritional value refined away. Our body still works like the body of a caveman, and we are living in a very modern world, where food is abundant and we no longer must run for our lives from tigers. The fact is, it’s not our fault – our love affair with sweet is only human. It’s just that our physiology is in the Stone Age. 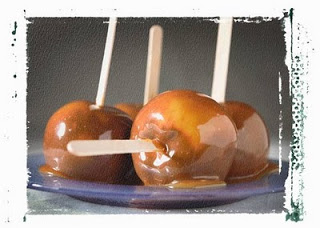 Studies have reported that the combination of fructose and glucose has more negative health consequences than glucose sugars. Some studies show high fructose corn syrup contributes to obesity more than other sugars, it disrupts metabolic function, and it could contribute to diabetes and liver disease. This speculation about its evils has had major implications in the industry, and when First Lady Michelle Obama said she won’t feed her daughters HFCS, it virtually completed the journey of the falling gauntlet. Now, more and more products on grocery store shelves and food chains have publicized their elimination of the ingredient from their food to appease the public, replacing it instead with cane or beet sugar.

However, the results of the negative effects are not confirmed by researchers. Some studies have reported that HFCS is no more a contributor to obesity and disease than any sugar, be it from a cane, a beet or a maple. Some say that blaming the ingredient for the cause of the country’s ills is simplistic. According to Elizabeth Abbot, author of Sugar: A Bittersweet History, the debate about which sugar is worse is a false debate: HFCS and sugar from cane or beets are equally bad, she says. Why blame one and let the other off the hook?

Regardless of whether high fructose corn syrup is to blame for America’s health woes, The Corn Refiners Association wants to give it a makeover. Now, ad campaigns promote it as a natural ingredient (it’s made from a benevolent veggie) not a black hat food responsible for the global health crisis. The association is also pushing the FDA for a name change, from HFCS to “corn sugar”.  The High Fructose Corn Syrup website, SweetSurprise.com, uses both “HFCS” and “corn sugar”. The site promotes research from the American Diabetes Association, the American Medical Association and other sources that support the fact that high fructose corn syrup is the same as table sugar – in its calorie content, its chemical composition, and the way it gets metabolized.

While The Corn Refiners Association states its intention is to eliminate confusion for consumers by naming the ingredient in a way that better represents what it is, detractors say that adding to the confusion is really the motivation: the name change is just an effort at whitewashing by Big Food in order to lift sagging profits. FDA-sanctioned name changes for well-known foods are fairly uncommon, but prunes were given the OK to become dried plums, and products like canola oil started out as low erucic acid rapeseed oil. While these name changes enhance a brand that may have received a bad rap or simply improves a name that sounds unappealing, the act of renaming also brings to mind companies that rename in order to remove an ugly history from of the public’s mind. Phillip Morris’ bid to become Altria, for example, was done to distance itself from negative publicity, and in some ways, it follows the trajectory of HFCS. Rightly or wrongly, HFCS’s reputation has been similarly stained.

The Big Picture on Sweet

If you have decided to avoid HFCS or sugar altogether, sugar alternatives present options on our quest for sweet. Organic Authority reminds us of some less familiar foods that invigorate taste buds with superior sweetness. They include brown rice syrup, for instance, which contains complex carbs and is a less-sweet cooking alternative, and good old honey – it contains nutrients, so you are not consuming considered empty calories, and it’s super sweet, so you won’t need nearly as much.

In the end, the best way to avoid the health dangers from HFCS and other sugars is to avoid health-sabotaging foods like soda, and trade processed indulgences for naturally sweet fruits – those odd-looking things encased in their own colorful, natural packaging, just like they were for our ancestral caveman.

Read more about agriculture subsidies from Michael Pollan and why HFCS hides dangers that don’t only have to do with human health.

Remember the search engine called BackRub? Ever wonder what happened to Datsun? Explore these and other Famous Name Changes.