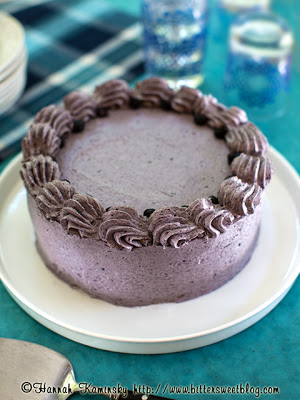 As the summer growing period reaches a crescendo, the sheer abundance is enough to make me giddy, tearing through mile-high stacks of tomatoes with abandon. Fresh produce flooding markets near and far, a riot of colors and shapes adorn farm stand shelves as far as the eye can see, and everything looks good enough to eat. It feels silly to crave more in light of such abundance, yet I can’t help but yearn for the local specialties so precious and so fragile that they never see mainstream distribution. Though less exotic than some prime picks, the Wild Blueberries from Maine are the first things that come to mind. It’s harvest time up north, and the good news is that everyone, not just New Englanders, can enjoy those tiny blue jewels because much of the crop is flash frozen within 24 hours of picking, locking in both taste and nutrients at the peak of perfection.

Uncompromising standards of production mean that Frozen Wild Blueberries are some of the rare treats available all year long in any grocery store’s freezer case. Don’t let that luxury lure you into a false sense of complacency, though- Now is the time to act! Make the most of prime seasonal pairings to bring out the best flavors nature can create. Perhaps not the most obvious couple in the culinary spectrum, Wild Blueberries and corn are truly a match made in summertime heaven. Starting with ingredients so perfect to begin with, it doesn’t take much to draw out their best qualities in any recipe. Especially when it comes to Frozen Wild Blueberries, there’s no gamble as far as quality is concerned; every bag contains the same sweetness and complexity as you would get right off the bush, no matter where or when you eat them.

Built upon a tender crumb containing both blue cornmeal and whole, roasted corn kernels pureed to a silky-smooth consistency, this cake isn’t any old cornbread with frosting. Softer, sweeter, and infinitely more luscious, even the most hesitant taste testers were won over after a single bite. Truth be told, I only managed to sneak in a few forkfuls myself, fighting for a taste before the entire assembly was devoured before my very eyes. Frozen Wild Blueberries really pack in the flavor in both the jammy compote filling and creamy frosting, managing an intensity that larger, watery berries could only dream of.

There has never been a better time to indulge than right now. Whether it’s the cake that all the neighbors will buzz about for the Labor Day block party, or just a treat that brightened up the back-to-school blues, I can think of no greater grand finale to celebrate the end of summer.