Wild About Blue: A Conversation with Dorothy Klimis-Zacas

The UMaine researcher talks to Wild About Health about the paradox of treating disease, the role of the wild blueberry, and what message she would most like to pass on to the American consumer.

Dorothy Klimis-Zacas was initially drawn to the blueberry because of its powerful antioxidant properties. She was researching the role of manganese in cardiovascular disease, and discovered that the little blue fruit was rich in this mineral. It was the perfect match for someone conducting research in a state that has the distinction of being a major U.S. wild blueberry producer.

“The blueberry is improving the Maine economy by science-evidenced research that benefits the health of the population, and it also increases consumption and thus sales,” said Klimis-Zacas about the object of her compelling nutritional research. “It’s a win-win situation.”

Klimis-Zacas, a researcher and Professor of Clinical Nutrition at the University of Maine, cites studies in animals, as well as a small number of studies with humans and animal models, that have documented the beneficial role of blueberries in obesity, hypertension and insulin resistance. In addition, she has conducted studies in collaboration with the University of Milan, Department of Food Science and Nutrition (DiSTAM), which indicate a positive role of blueberries when it comes to decreasing triglycerides in those with abnormal lipid profiles and improving endothelial function, which is related to blood vessel health. Her recent collaboration, a study published last month in the Journal of Agricultural and Food Chemistry, was conducted with researchers at the University of Maine, Northwestern University, and the University of Louisville, and it has implications for millions who struggle with high blood pressure, diabetes and heart disease.

The study conducted by Klimis-Zacas indicated that a hypertensive rat’s 8-week diet, consisting of 8% wild blueberries, resulted in less constriction in blood vessels compared with animals fed a control diet. The diet modified major pathways of vasomotor control and improved the “vascular tone” in the blueberry-fed rats. When the arteries of the animal were challenged with a vasoconstrictor, they decreased vasoconstriction. 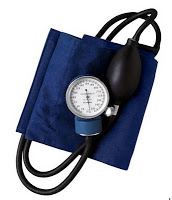 Klimis-Zacas told Wild About Health that the findings were significant because they represent a first in documenting wild blueberries as regulators of vascular health. “This may have implications for individuals who are hypertensive or prehypertensive and thus experience endothelial dysfunction,” she said.  Because endothelial dysfunction leads to heart disease, a recommendation of one cup of fresh or quick frozen wild blueberries per day, especially for individuals with the above conditions, could positively affect blood vessel health. Also, using actual wild blueberries in the study rather than single compounds was important for useful results. Using the whole berry can translate more realistically to human recommendations and account for interaction with each other and other nutrients.

“I believe that wild blueberries are the best candidates for a non-pharmacologic approach in targeting the metabolic syndrome, hallmarked by obesity, hypertension, hyperlipidemia, and insulin resistance,” Klimis-Zacas said. Currently, she is researching the role of wild blueberries specifically on metabolic syndrome in both animals and humans, and the role of the fruit on microorganisms in the digestive tract and their effect on the immune system. Hypertension and metabolic syndrome can be added to a robust list of areas of current research into the healthful effect of wild blueberries, including cholesterol reduction, prevention against some cancers and neurodegenerative diseases such as Alzheimer’s.

That accessible foods can have value for disease prevention would seem to be an endorsement for a widespread Rx that includes wild blueberries for those at risk for high blood pressure, for example. But the message that health can be improved through diet is not typically delivered in the doctor’s office.

“Presently, the medical paradigm does not necessarily support non-pharmacological approaches to targeting disease,” said Klimis-Zacas. During the past 30 years or more, science-evidenced research on the role of diet in preventing and reversing chronic disease has grown exponentially and it has been published and documented repeatedly in prestigious medical journals, she said. But even in light of mounting data, the mainstream medical profession has not embraced this non-pharmacological approach.  It simply isn’t part of the toolbox for the healthcare provider – yet. 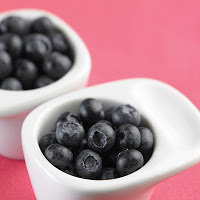 Despite this paradox, Klimis-Zacas said that the long term potential of research into hypertension and wild blueberries is great. “It can expand to include rigorous and multiple human intervention studies, and perhaps in the near future lead the medical profession to embrace an integrative approach for prevention,” she said. And that, she added, will lead to huge savings in health care costs and human suffering.

A Researcher’s Message to the American Consumer

It’s a trying time for the American consumer. Obesity rates have spiked, preventable diseases such as diabetes, hypertension and metabolic syndrome are affecting more Americans at younger ages than ever. Most of us are not getting our recommended servings of disease-preventing fruits and vegetables.

We asked Dr. Klimis-Zacas what she’d like to communicate to the American consumer if she could provide her best advice on health and healthy living. First and foremost, she said, we should understand that decreasing obesity is in our hands: obesity is the primary culprit of the metabolic syndrome, and it can be prevented.

Here, in list form, are the primary messages she’d most like us all to take to heart:

Learn how to cook.
It’s one of the most important principles in eating well and in a way that will eliminate obesity and its complications. (Start here.)

Eat most of your meals at home.
Cook where you live and eat your meals with your family. Don’t take the shortcut through fattening, processed fast food and restaurants that don’t know you and don’t much care about your health.

Avoid added sugars.
Since added sugars are pervasive in all foods, consumers should educate themselves, says Klimis-Zacas, and read food labels.

Eat a colorful diet.
That includes green leafy and orange color veggies, fruits and berries and focusing on whole grains, legumes and fish including fatty fish that can reduce body weight and thus prevent disease in the long term.

Follow the principles of the Mediterranean diet.
Klimis-Zacas, who was born on a Greek island, has been doing so since she was a young child, and she believes it provided the right nutritional basis for disease prevention. She ate primarily fish, lots of whole grain breads, greens, and feta cheese. “Of course everything was cooked in olive oil,” she said. “It was a luxury to have red meat or chicken, which was only dedicated to Sundays.” As part of integrating the principles of the Mediterranean diet, she recommends using legumes, vegetables and fish as main components of your diet with olive oil as your primary oil. Then, use meats and other sources of saturated fats as condiments.

Find out more about high blood pressure and its prevention at the American Heart Association.