Part 2 of Wild About Health’s Made Simple Series

More than any other topic, ORAC measurements have grabbed the attention of our readers over the last few months. Why the interest in ORAC? As part of our Made Simple Series, we are revisiting this nutritional buzzword to see what makes it worth knowing about by answering your ORAC questions as simply as possible.

What: ORAC is the nutritional measurement developed and used to evaluate the antioxidant benefit of food. The acronyms stands for or Oxygen Radical Absorbance Capacity, which refers to how much radical oxygen a food can absorb – that is, its effect on combating damaging free radicals. 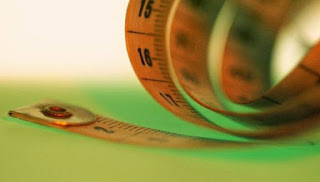 Why: The ORAC scale offers the general public a tool that can be used to choose the most powerful foods for health and disease prevention. It also allows for easy comparison of foods to see which food is best when it comes to antioxidant power.

The Buzz: ORAC isn’t a marketing ploy. It was developed by USDA researchers at Tufts University as a way to for consumers to understand antioxidant capacity of foods more clearly. It replaces vague terms like “high in antioxidants” or “superfood” as a reliable way to ensure that foods making antioxidant claims are telling it like it is.

What: ORAC is important because measuring antioxidant benefits helps us eat foods that prevent disease and help us live longer.

Why: Dietary antioxidants protect the body against unstable oxygen molecules by neutralizing free radicals. Free radicals are associated with:

The Buzz: The effect of antioxidants on our health and wellness cannot be overemphasized. Research in the field of antioxidants continues, and according to Susan Davis, MS, RD, Nutrition Advisor to the Wild Blueberry Association it is “incredibly consequential for members of our community and the public at large.”

3. Four Steps to Using ORAC to Better Your Health

Step 1: Know the scale: ORAC rated foods range from 82 to nearly 14,000 in ORAC value, and the higher the better. Find a list on the United States Department of Agriculture or by checking OracValues.com.

Step 2: Know the ORAC score of common or favorite foods, fruits, vegetables and juices.  For example, about 23 grapes rates 739 on the ORAC scale; while about 70 blueberries comes in at 2,400.
Step 3: Understand serving size:  While chocolate comes in at 13,120 ORAC, it’s for 100 grams of unsweetened cacao – an unrealistically high amount to be contained in a sweetened bar.
Step 4: Use the scores to make better decisions about the food you eat. Make ORAC scores part making grocery lists, planning meals, and eating snacks.
What Foods Have High ORAC Scores?  Read ORAC: What’s this New Nutritional Buzzword to find out what foods are big winners in ORAC measurement.

Your Health – Made Simple. No more nutritional mumbo jumbo! Got a nutritional knot you want unraveled? Let us know!